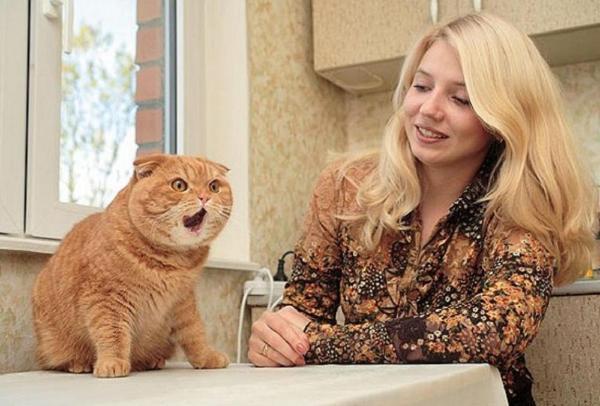 Chausi (hauzi) is one of the largest cat breeds. Its name comes from the Latin name of the jungle cat – Felis chaus nilotika, who lived in South Asia and Vietnam, and also met in the region of Turkey and the Caspian Sea. For a long time this breed was considered wild, and it was possible to meet in 25 countries of the world. Almost anywhere she lived in a human dwelling, although she often came very close to him. Only a century later, scientists managed to breed such a breed as a domestic reed cat, and it is his ancestors who live in the homes of many cat lovers today.
Breed history
The first mention of reed cats appeared in ancient Egypt more than 3 thousand years ago. Egyptian houses were inhabited by two species of wild cats – Felis lybica and Felis chaus, and it was the second breed that was considered more preferable: the Egyptians valued her for her docile nature and excellent abilities that made it quite easy to raise such a cat.
The kindness and lack of fear of man quickly made the causis the true favorites of the Egyptians, and over time these cats were painted on ancient frescoes, and the noble people of Egypt were even buried along with their pets.
It is believed that the statue of the goddess Bastet was created in the image and likeness of a causi cat – she, like these cats, also has large ears and a long, slender body.
Over time, the breeding cats chausi began to spread first to other eastern countries (for example, they were seen in Pakistan and India), and later migrated to Europe. In European countries, the breed has undergone serious breeding, and the modern domestic reed cat is the result of the painstaking work of breeders: to get a cat, the breeders crossed Abyssinian cats and wild reed cats. And since 2003, this breed has performed well at TICA shows.
What does a cat look like?
This breed is easy to recognize, if only because such cats are much larger than ordinary domestic animals! Mostly reed cats have a yellowish-gray or gray-brown color with a slight red. In eastern countries, there are chausi of black or black and silver color.
At the same time, all cats differ in a large and powerful physique with muscular limbs. In addition, signs of the breed are as follows:
a narrow head with a high dome-shaped forehead (in males it is more rounded than in females);
broad chest;
long and strong paws;
almost square muzzle with small almond-shaped eyes of yellow or golden color;
short, skin tight to the body;
large, widely spaced, set straight, having tassels at the ends, and abundant pubescence in the middle;
a relatively short tail with a black tip and a few dark rings reaches the hock;
solid weight – wild chausi weigh up to 13 kg, and sometimes up to 18, but the reed cat at home can have a weight of 6-12 kg.
Exquisite Chaushi is striking in its grace, plasticity and mobility. At the same time, even in games, this animal is distinguished by its royal posture and demonstrates well-developed musculature.
Home reed cat: behaviors
Despite the impressive and, at first glance, stern appearance, the causi are considered to be quite kind and accommodating animals. At home, the chousi cat is very obedient, it is easy to learn to open the doors or buffet for yourself, loves to climb as high as possible and watch what happens in the room. Representatives of this breed are in dire need of affection, and the owners need to pay attention to the chousi. Left to its own devices, the cat will quickly remember its wild ancestors, and the character of the cute, homely chaosi may deteriorate. But if such a cat gets enough communication, it is energetic, playful, good-natured and livable. If not, the pet may become sad and lose interest in life.
It should be borne in mind that the domestic reed cat does not like to sit on its hands (however, it will not be very convenient for the owner either!), But at the same time, the breed is considered one of the most loyal to its owners. Chausi also get along well with other pets and are distinguished by fearlessness and dexterity.
And, of course, this breed is distinguished by great curiosity, which is harmoniously combined with swiftness: if something fell in the apartment, if guests came to you, if steps or rustles came from somewhere, chousi will have time to go to the scene of the incident, is everything okay
What care does a domestic reed cat require?
It is best to keep cats causi in country houses. There they will feel freer and will be able to show all their instincts, running, hunting and being in the fresh air, as much as you like. Moreover, the location of a reed cat in the country or in a country house is also a guarantee of your peace of mind! Moving and energetic, the chausi can in the shortest possible time turn upside down the whole of your apartment (the situation will be especially serious if you have children!)