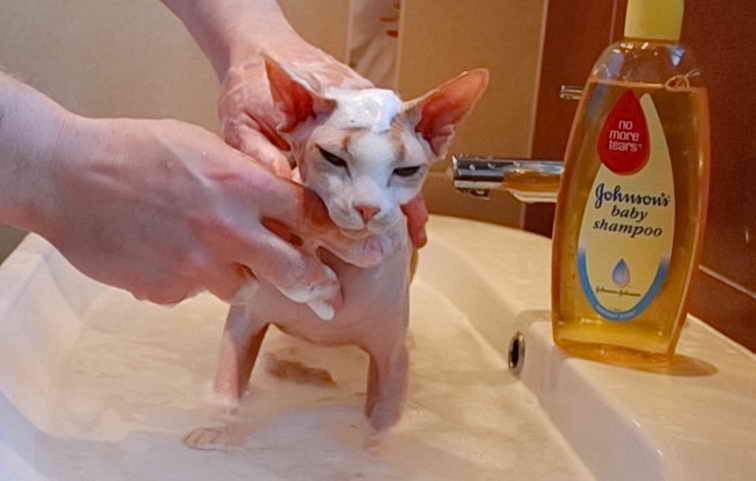 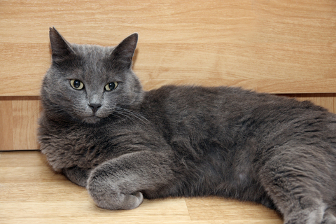 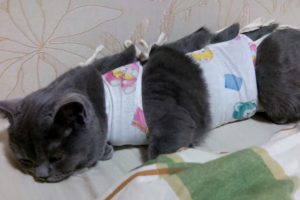 Sterilization – deprivation of the animal’s ability to reproduce. The most reliable and safe method of sterilization (actually castration) is ovariohysterectomy. During the procedure, both ovaries and uterus are removed, which significantly reduces the risk of breast tumors (including malignant) and completely eliminates the likelihood of ovarian pathologies (oncology, cysts, etc.). In addition, the removal of the uterus eliminates the likelihood of many deadly diseases of this organ. It is recommended for all cats that have reached reproductive age (even if the cat had estrus only once), older animals, cats and pets who have congenital or acquired uterus disease.
Other methods of sterilizing cats
Ovariectomy – only the ovaries are removed, the uterus remains. The cat loses its desire and ability to breed, heat ceases. It eliminates the likelihood of ovarian disease and somewhat reduces the risk of breast tumors. But since the uterus remained in place, the pyometra and other terrible diseases of this organ still hang the sword of Damocles over the beloved one. Often, several years after ovariectomy, the uterus still has to be removed. In addition, leaving the now unnecessary body is meaningless, so most conscientious veterinarians prefer full castration (two operations are more expensive than one, therefore some doctors consciously admit known risks, no matter how scary it looks to the owners). This procedure is recommended only for young cats, in fact, even kittens, before the first heat and not having uterus pathologies.
Tubal occlusion – tubal ligation. This method is the true sterilization of cats, the consequences of which are sterility while preserving the functions of the ovaries. Leaks, the desire to find a partner, aggression and tags (if present) are fully preserved. In addition, the probability of diseases associated with reproductive organs is not reduced. This procedure is extremely rare, as in most cases it is meaningless. The method is not applied to sterilization of cats whose age has not reached at least five months: the kitten grows, the body recovers quickly, as a result of which the probability of resorption of the filaments and restoration of the function of the fallopian tubes is high.
Drug sterilization is a method of stopping heat that is known for its sad consequences. Some doctors believe that even a single use of hormonal preparations for the temporary removal of an animal from the “hunting” state increases the risk of neoplasms of the mammary glands, ovaries and uterus (including malignant ones), pyometra and other diseases of the reproductive organs. In most cases, after the use of such funds, the cat still has to be sterilized by surgery, but with poor health and for medical reasons.
Radiation or chemical method of sterilization – irradiation of the ovaries with a dose of radiation. This method is considered conditionally safe, since the radiation dose is carefully calculated for a specific animal. However, a number of doctors believe it is detrimental to the health of the cat in the future (it is possible that radiation will affect the state of the cells of the tissue of internal organs).
Any surgical method of sterilization (removal of only the ovaries, ligation of tubes or complete castration) is abdominal surgery performed under general anesthesia. The procedure lasts about 40 minutes, the cat does not feel pain. The seam can be internal or normal, sometimes metal braces are used instead of threads. The location of the incision and the size of the seam depend on the chosen method of sterilization (from 1 to 5 cm).
At what age to sterilize the cat?
The most appropriate age is considered the period when the cat’s body is already fully formed, but the first estrus has not yet arrived. This is usually 5-7 months, but it is important to take into account that animals of eastern breeds (Siamese, Burmese, Abyssinians) mature earlier than representatives of large breeds (Maine Coons, British, Persians, Siberians). If a girl is operated on at this age, the probability of complications after cat sterilization is minimized: a young animal tolerates the procedure more easily and recovers faster. In addition, the risk of breast tumors in cats, sterilized before the first estrus, only 1%. After the first heat, the risk increases to 10%, after the second, to 20%.
There is no age limit for sterilization; most older animals tolerate the procedure without any negative consequences. However, it is important to determine the general condition of the cat at the time of the operation, to be examined by a therapist and a cardiologist, to pass blood tests, urine tests and smears on the microflora. An animal that is going to have surgery under deep anesthesia should be completely healthy, and if there are any problems, the veterinarian needs to know about them in advance.

Posted in behavior, diseases, eventually spread, loved him, make sure, met boldly, much softer, not reached